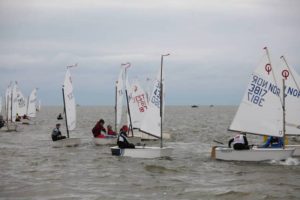 “The wind blowing from the shore changed it’s speed and direction many times throughout the day,” said the head of the races, Jüri Sõber.  He added that this kind of weather took a lot of focusing from the young steersmen and it was also quite a challenge for the referees.

Diane Ninuave-Jutulstad (NORDN) from Norway is in the lead among the female competitors in the Optimist class, the second place belongs to Xiaoijan Keinänen (FINXK1) who is from Finland and the third best was Filippa Henriksson (SWEFH15) from Sweden. Best Estonian in that class was Karolin Härm (ESTKH3) who finished fourth.

Among the male competitors Martins Atilla (LATMA5) from Latvia is still in the lead in the Optimist class and he has won five races out of six. The second place belongs to Ramus Granzin (SWERG5) from Sweden and the third to Jonathan Liado Krensler (SWEJL42) who is also from Sweden. 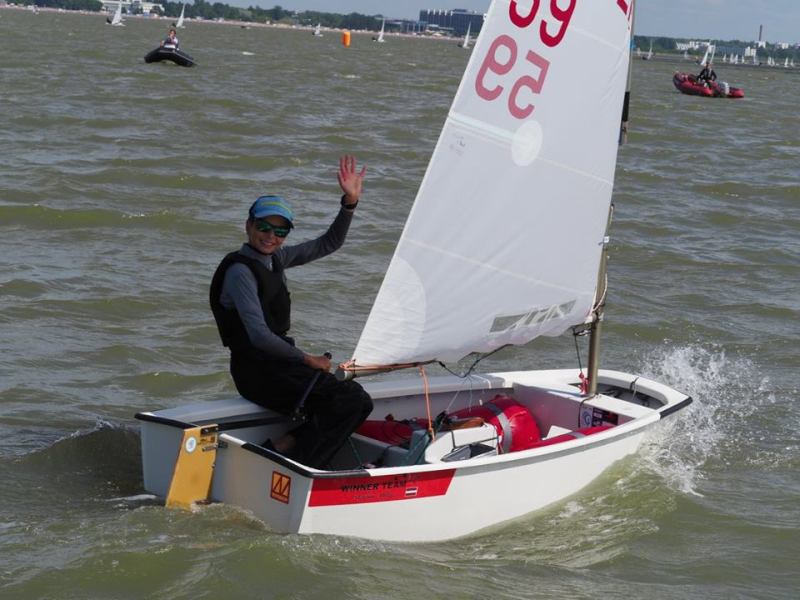 In the Europe class the first place belongs to Ilari Muhonen (FINIM2) who is from Finland, the second and third place respectively to Laura Pesola (FINLP) and Axel Lainele (FINAL18) who are also both from Finland. 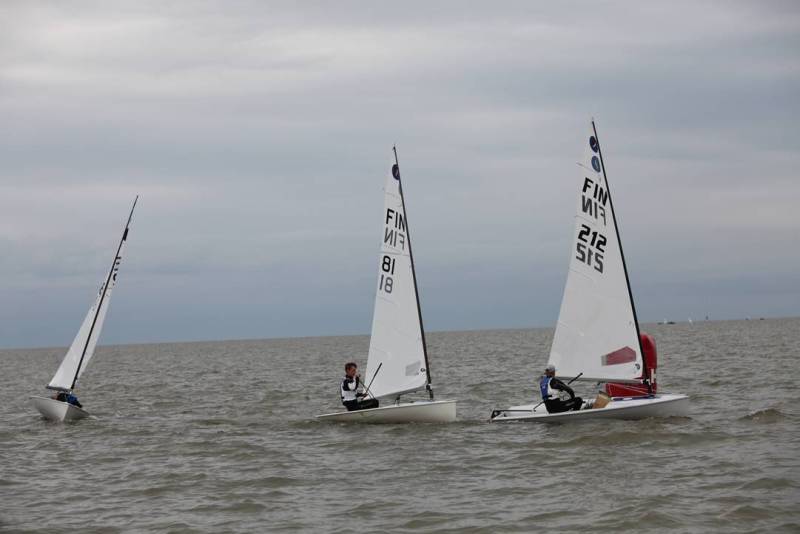 Today’s racing day ended with a concert by one of the most popular young singers Daniel Levi and his band. Tomorrow, on the 28th of July, the “Team races” class races will begin and we look forward to seeing 12 teams competing on the Pärnu river Yachtclub’s aquatorium. We will find out who are the champions of the Nordic Youth Sailing Championships allready on Saturday.